Garry Berman on ‘Radio Once More’ 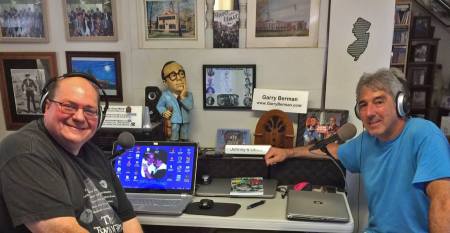 Happy Summer All!!!!  On June 28th, I had the pleasure to chat on the internet radio station, “Radio Once More” with author and pop culture historian, Garry Berman.  We briefly chatted with Garry about some of the books that he has written, and then we turned our conversation to Classic Television.  Garry’s most recent book, “For the First Time on Television” is about television firsts.  Garry’s books are available at GarryBerman.com and at Amazon.com.

During our discussion, we played audio clips from classic TV shows from the 1950’s to the 1980’s and then Garry and I chatted about each series we played a clip from.  Some of the series we discussed include, “I Love Lucy“, “The Honeymooners“, “The Twilight Zone“, “Leave it to Beaver“, “Batman“, “Star Trek“, “Mary Tyler Moore Show“, “Columbo“, “All in the Family“, and “Cheers“.

Here is the entire conversation with Garry Berman

I had a wonderful time chatting with Garry about one of my favorite topics….Classic TV. So again, big thanks to Garry Berman for spending some time with us on ‘Radio Once More’.

Also on our ‘Classic TV’ themed radio show, we featured a rare radio version of “The Honeymooners”.  A neat treat to hear the Kramdens and the Nortons in a radio production from 1954.

We also featured a flashback of when Helen and I first met…………aboard the “Starship Enterprise“!!!

Thanks for stopping by the “Holmsey Blog“.  We’ll catch you back here soon and of course on “Radio Once More”