In October, Helen and I attended “SerlingFest 2019” in Binghamton, New York, the hometown of Rod Serling.  This event celebrated the 60th Anniversary of the premiere of the television series “The Twilight Zone” and the 50th Anniversary of “Night Gallery”.  This was a 3 day event (Friday, October 4th – Sunday October 6th) and a bonus Thursday evening presentation by Mike Pipher at the Rod Serling Archive at the Bundy Museum. 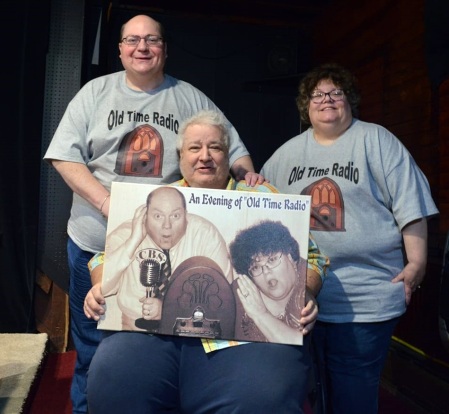 Johnny & Helen with Rod Serling historian Mike Pipher at the “Rod Serling Archive” at the Bundy Museum in Binghamton, NY.

SerlingFest 2019 was held at 3 different venues in Binghamton, Atomic Tom’s, The Forum, and The Helen Foley Theatre at the Binghamton High School.  Some of the highlights included various presentation and panels by Twilight Zone/Rod Serling experts, authors, historians, podcast hosts, etc.  I particularly enjoyed the dramatic reading of the unearthed Rod Serling script, “The Happy Place”.  A big thanks to Serling historian Amy Boyle Johnston for obtaining this script and to Kate Murray for directing this riveting dramatic reading. 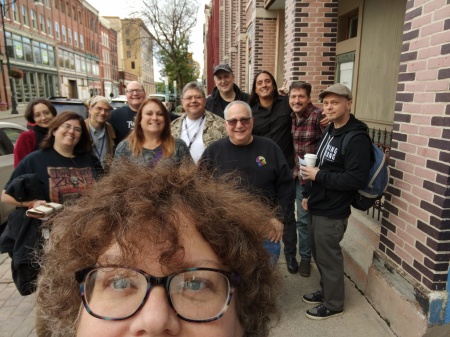 Saturday we were treated to Arlen Schumer‘s multi-media “Twilight Zone” presentation along with a touching “Remembering Rod” panel discussion which included Rod Serling’s daughters, Jodi and Anne.  After viewing a mini “Twilight Zone” marathon featuring the three Billy Mumy episodes, Rod Serling author/historian Nick Parisi interviewed Bill Mumy live at the Forum Theatre via skype.  After dinner with our “Zone” friends, we enjoyed a “Night Gallery at 50” discussion with Night Gallery experts Scott Skelton and Paul Gallagher followed by a screening of the “Night Gallery” pilot from 1969. 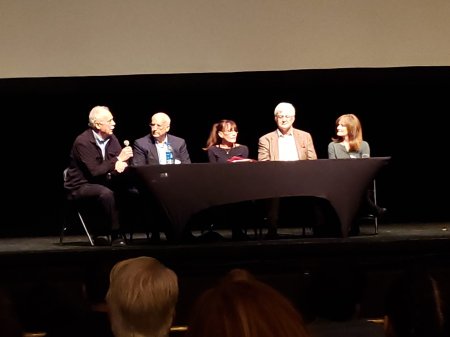 “A Chat with Bill Mumy” hosted by Nick Parisi

Dinner with the “Twilight Zone” gang

Sunday at The Helen Foley Theatre at the Binghamton High School, we enjoyed an interesting presentation about the “Twilight Zone” in comic books along with a fascinating “Music in the Twilight Zone” presentation.  SerlingFest ended with the best of “The Twilight Zone Awards” as chosen by fans in an online poll and hosted by Nick Parisi.

“The Helen Foley Theatre at the Binghamton High School”

These were just a few of all the events during this fun “SerlingFest 2019” weekend.  And it was a blast (as always) spending time, having meals, chatting and laughing with all of our dear “Twilight Zone” friends.  So many wonderful folks from different walks of life assembled at this fun event and we all have the bond of the love of the creations of the talented Rod Serling. 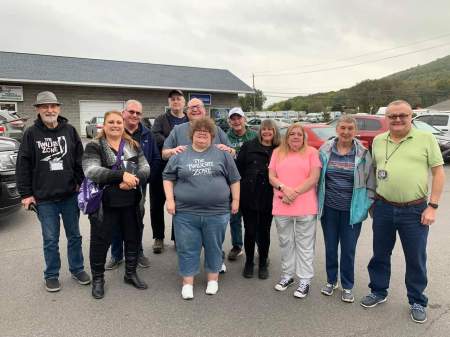 Breakfast with the “Twilight Zone” gang

“Johnny Boy acting goofy………..thrilled and happy to be spending time with all of our “Twilight Zone” friends!!!

A couple of weeks before “SerlingFest 2019” Helen and I hosted a special “Woo-Hoo Wednesday” on “Radio Once More” about “The Twilight Zone”.  We had a very informative interview with Nick Parisi about Rod Serling and we discussed Nick’s book, “Rod Serling: His Life, Work, and Imagination”.  Nick and I also discussed the plans on “SerlingFest 2019”.  We also had Live guest Shelley McKay Young.  Shelley is the administrator of Facebook’s largest “Twilight Zone” group which is currently over 41,000 members.  Helen and I chatted with Shelley and fielded phone calls from fellow “Twilight Zone” fans.  Additionally we played a couple of “Old Time Radio” shows during this “Twilight Zone” tribute.  This was truly a wonderful experience and we hope to perhaps have another “Twilight Zone” themed show next year and Helen and I look forward to another “SerlingFest” in 2020. 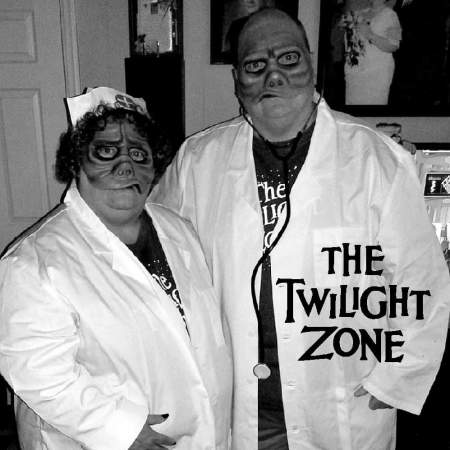 Helen & Johnny in their “Eye of the Beholder” costumes

Here is the “Twilight Zone” themed “Woo-Hoo Wednesday” that aired LIVE on the internet radio station, “Radio Once More” on 09/18/2019.

This entry was posted on Friday, November 22nd, 2019 at 11:21 pm and is filed under Uncategorized. You can follow any responses to this entry through the RSS 2.0 feed. You can leave a response, or trackback from your own site.